The Crossing of the Dan 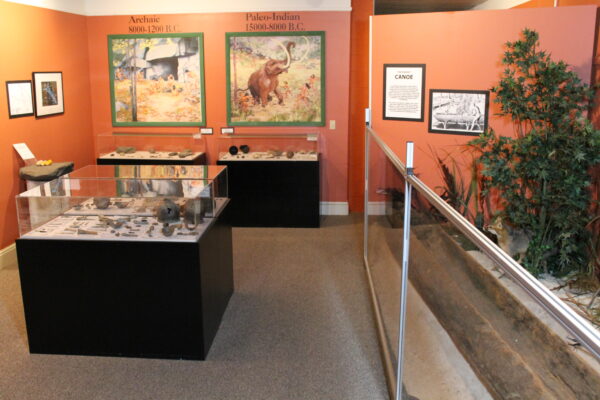 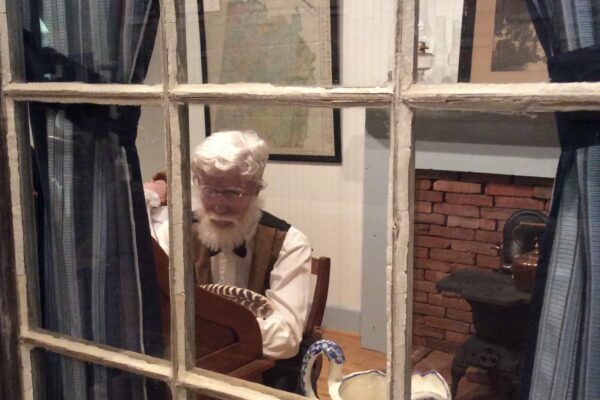 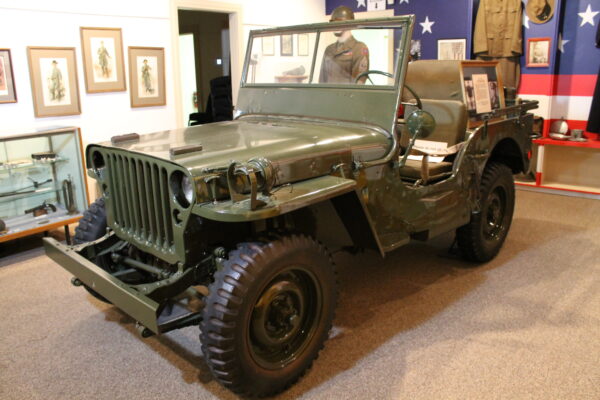 The World of Charlotte’s Web

Charlotte, a matronly spider and the hero of the E.B. White classic, “Charlotte’s Web,” would be proud of the attention she’s getting at the Halifax County-South Boston Museum of Fine Arts and History with an exhibit showcasing the famous spider who, with the help of subtle messages weaved in her web helped save the life of one of her barnyard friends, in this case Wilbur, the pig, the runt of his litter destined for slaughter.

The exhibit is open to the public beginning Wednesday, June 22 and runs through the summer, in addition to scavenger hunts conducted by museum volunteers both for pre-schoolers and older children.

Charlotte’s Web tells the story of Wilbur and his mentor and friend Charlotte, a brown barn spider who takes Wilbur under her wing and helps him avoid the ax by weaving certain words into her web, such as “radiant”, “some pig”, “humble” and “terrific”.

A brave young farm girl, Fern, originally fights to save Wilbur, allowing him to see another day, and with the tutelage of Charlotte, Wilbur eventually wins a prize at the fair, completing his journey from runt of the litter to champion hog.

Charlotte, by this time older and nearing death, leaves her last batch of eggs in the barn, with several of her prodigy hatching to care for Wilbur.

The barnyard as depicted in the book brings various barnyard animals to life, including Wilbur, Golly the goose and Templeton the rat, all of whom are included in the exhibit, as well as other barnyard animals, such as cows, roosters, goats and geese.

Carolyn Shortt and other museum volunteers Linda Daniels, Pam Smith and Karen Taylor, helped bring the story to life at the museum.  She read “Charlotte’s Web” to grade school children as well as other E.B. White books authored by White including “Stuart Little” and “The Trumpet of the Swan”.

“Come see how Charlotte saves Wilbur, how Fern feeds Wilbur and how Golly tries to spell, and watch the moving story of Charlotte and how she sacrificed to save Wilbur’s life,” Shortt explained in promoting the exhibit.

Shortt added that kids of all ages will be caught up in Charlotte’s web, and parents and grand-parents as well will recognize the lessons the book teaches such as perseverance, loyalty and respect.

A farm boy himself, White may have gotten the idea for Charlotte’s Web after watching a spider spin a web and create an egg site on his farm, and the story has withstood the test of time.

Have you ever wondered how the town of South Boston got its name? Or ever even thought about how long it has been around and who decided this little spot on the map would be a good place to call home and began building a village that would soon attract other residents and businesses?

A new exhibit now open at the South Boston-Halifax County Museum of Fine Arts and History entitled “South Boston In The 1800s” answers each of these questions and many more in great detail. The informative displays feature an inside look at the parlor of a South Boston home in the 1800s, numerous archived photos of early houses, businesses, schools, churches and medical facilities in the town and numerous stories and autobiographical sketches about the town’s founding fathers. In addition, a diorama of the town and railroad along with a replica of the old covered toll bridge offers visitors a glimpse into what furthered the development of South Boston as a village and later a chartered town.

The public is encouraged to take a few minutes to visit the museum’s newest exhibit to learn more about South Boston’s timeless history beginning with the original “South Boston” that was located on the south side of the Dan River and incorporated by an act of the Legislature of Virginia on Dec. 8, 1796.

It all started at Boyd’s Ferry, one of the earliest river crossings established in Halifax County in December 1752, the year the county was created out of Lunenburg. The ferry crossed about where the Norfolk Southern Railway bridge crosses the river today.

Many may even remember the days when Boyd’s Tavern once stood at the back wing of a house next to Z’s Antiques on U.S. 58. The ferry’s importance lay in part in the fact that over it passed the road from the south to Charlotte and Prince Edward counties, Petersburg and Richmond.

As the ferry’s importance grew, a few families moved in, and in 1796, it was decided to attempt the establishment of a town. By 1801 there were six taxable properties — the town had a physician, two taverns, a store and two other improved properties. In 1802 there were still six, and by 1804 there

Flash forward to 1811, and the original South Boston had grown to a flourishing town with a store, an Episcopal Parish, a large tavern and comfortable residences. Water was supplied by a big spring, probably the “bold spring” that gave the road there its name.

However, in that same year, a destructive flood, coming suddenly, would sweep away most of the town, leaving only three or four houses. So far as known, no lives were lost, but nearly all citizens were bankrupt and moved away with only two or three exceptions.

By that time, only a handful of lots were listed including a store, tavern, tobacco warehouse, several houses and the ferry that continued in operation and use until the building of the toll bridge in 1852.

Why did the first “South Boston” fail to develop?

Perhaps it was due in part to the destructive freshets of the Dan River that is said to have ravaged the town, this being the cause cited throughout the years and still continues to this day.

The early town suffered heavily from the floods of the Dan River that often spread over the lowlands on which the town was situated. Consequently, the citizens gradually moved to the north side of the river where the ground was higher.

Whatever the reasons for its failure to develop, and despite adversities, a few hearty souls hung on, and the area remained a small trading post, until and past the time the new town began to grow on the north bank of the Dan.

The development of the new northern settlement was enhanced by two major events — the completion of the Richmond and Danville Railroad to this point in 1854, and the construction of the famed covered toll bridge in 1858. The covered toll bridge across the Dan River, constructed entirely of wood, including the pegs, served the community faithfully for 75 years.

The area was open to outside trade; and travel across the river, previously only by ferry, was made easy, so settlers quickly began to appear.

A post office, called South Boston Depot, was established on June 20, 1855, one-quarter mile north of the Dan River. Capt. Edwin Bedford Jeffress served as postmaster of the post office reestablished on the north side of the Dan.

Until 1855 there were only scattered houses in the village. That year, Capt. Jeffress and Josiah Dabbs built a brick storehouse and began a general merchandise business. In 1856 Capt. Jeffress built a dwelling-hotel which became a popular stopping place for travelers.

Until 1868, South Boston’s population consisted of two families, E. B. Jeffress’ and J. D. Chandler’s. The entire settlement consisted of a general store operated by Yancey & Vaughan, the depot of the Richmond and Danville Railroad (now the Southern), a hotel, and a Methodist Church, known as Goodman’s Chapel, later destroyed by fire.

In the year 1878, a great impetus was given to South Boston’s progress when the bridge over the Dan River, which hitherto had been a toll bridge, was made free. The year 1875 saw an even more important event, the opening of the first bank by R. E. and W. I. Jordan.

On Feb. 4, 1884, the name of “South Boston Depot” Post Office was changed to “South Boston,” only a couple of weeks before the Act of Assembly incorporating the new town was passed.

By the year 1884, the town had grown to such proportions as to make organization in corporate form desirable for promoting the best interest of the community. Accordingly, the Virginia Assembly passed a bill to incorporate the town of South Boston, which was approved Feb. 19, 1884.

The charter, which had just passed, suddenly lifted South Boston from a village to the dignity and responsibilities of a town. Such a sudden and unceremonious elevation was to the average South Bostonian decidedly gratifying. In conformity with terms of the legislative enactment, a municipal government was established with seven councilmen, one of whom was biennially chosen mayor.

Despite the lack of streets, South Boston’s population was growing, with an estimated 1,000 to 1,200 residents living there at the time of its incorporation.

In February 1884, numerous small tenement buildings were being built, and it was only a short while before the town’s population had doubled. Real estate was high — very high. Several large and elegant dwellings and business houses were being completed, while some 10 or 15 others were in the course of being built that year. It would not be long before four large tobacco factories also would be in operation.

During the intervening years, evidence of rapid growth can be found in town records. By 1890 the town had more than 2,500 inhabitants and an established electric and waterworks plant located on the Dan River with a water supply of both Lithia and Freestone abundant.

Railroad facilities, established industries, past and present rapid growth and capital insured the town of South Boston would become the manufacturing center of Southside Virginia by the turn of the 20th century.

Admission to the museum’s History of South Boston exhibit is free, and donations are welcomed. The museum is located at 1540 Wilborn Avenue in South Boston and is open 10 a.m. to 4 p.m. on Wednesdays, Fridays and Saturdays and from 10 a.m. to 7 p.m. on Thursdays.

For more information, check out the museum on Facebook or call 572-9200. The fine arts and history museum is focused on preserving and exhibiting the rich history and culture of Southside Virginia.

Thank You for Your Support

The museum's annual membership drive has begun! This year has been a quiet one for the South Boston - Halifax...
Read More